American Hygienics Corporation's Shanghai factory located in Songjiang district has resumed its operations since late April after being included in the first whitelist issued for key enterprises allowed to resume production. 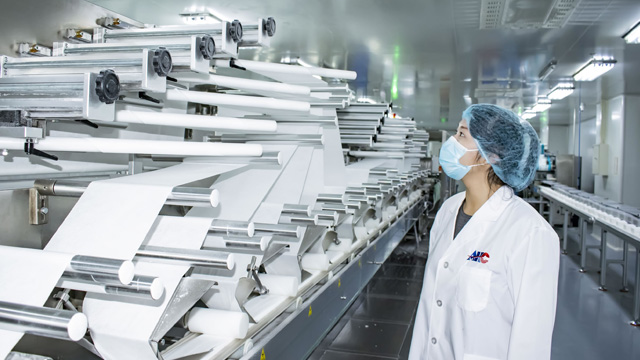 According to group CEO at AHC, Nilesh Parmar, the Shanghai factory has started a phased production ramp up for its wipes products since late April and is now operating at approximately 50% capacity, with about half of the staff already back to work. Meanwhile, outbound shipping backlog that had cumulated due to the COVID-19 lockdown and restrictions has started to ship out.

The city has also released the second edition of the Guidelines for Shanghai Industrial Enterprises to Resume Production with Pandemic Prevention and Control on May 3. AHC has strictly followed these guidelines to ensure the safety of the workers, including setting up different risk areas isolated from each other, such as a green zone for normal production, a blue zone for observation of new entrants, a yellow zone for close contacts or secondary close contacts, and a red zone for the infected.

AHC's mega-plant in Zhejiang province remained largely unaffected by the ongoing lockdowns except for some minor supply chain interruptions from vendors based in the Shanghai area. The group CEO, Nilesh Parmar, reiterated that "having a multi-site wet wipes manufacturing setup in China provided redundancy and plays a critical role in ensuring a higher degree of supply chain integrity for its partners and customers."

SEND US A MESSAGE